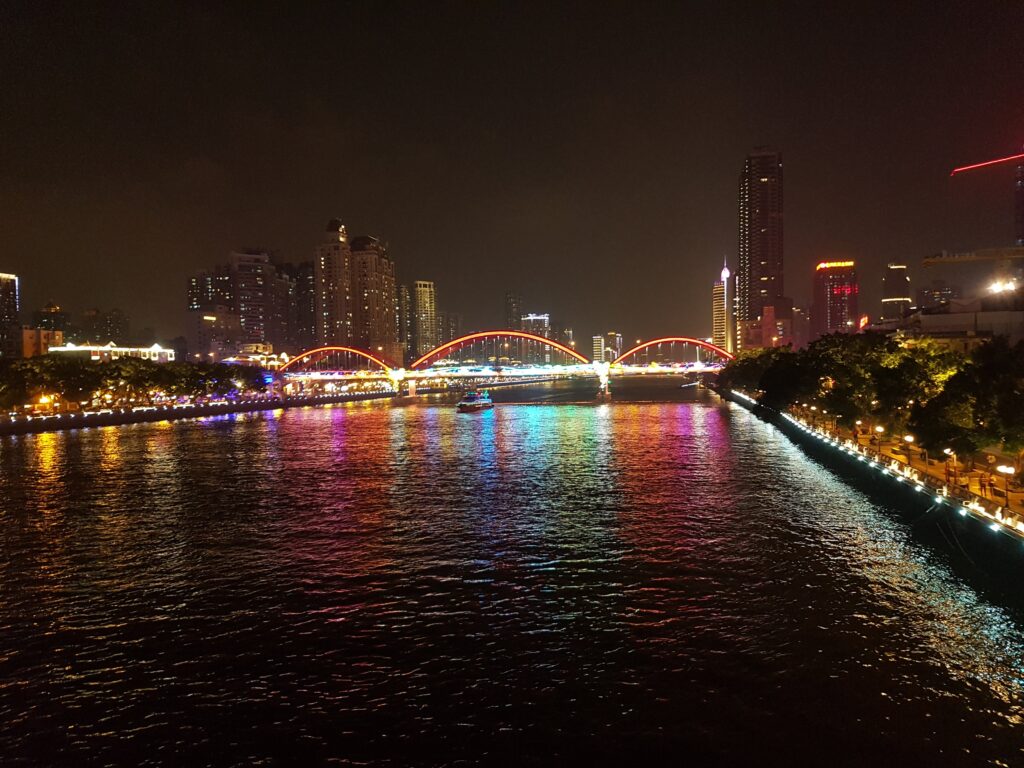 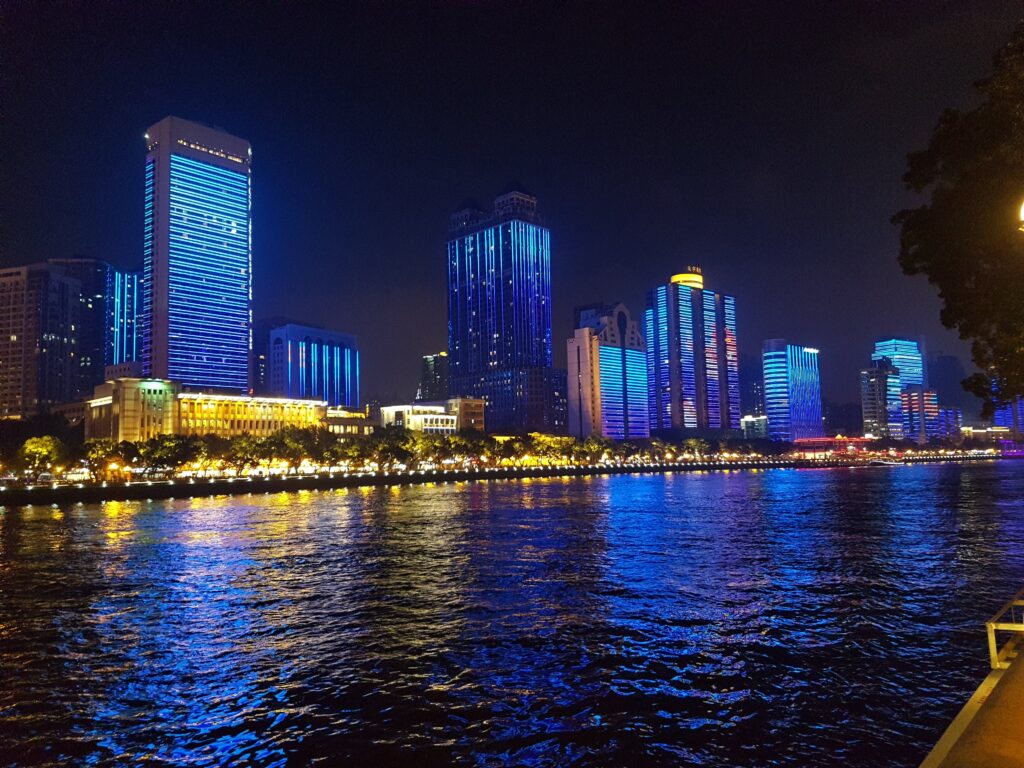 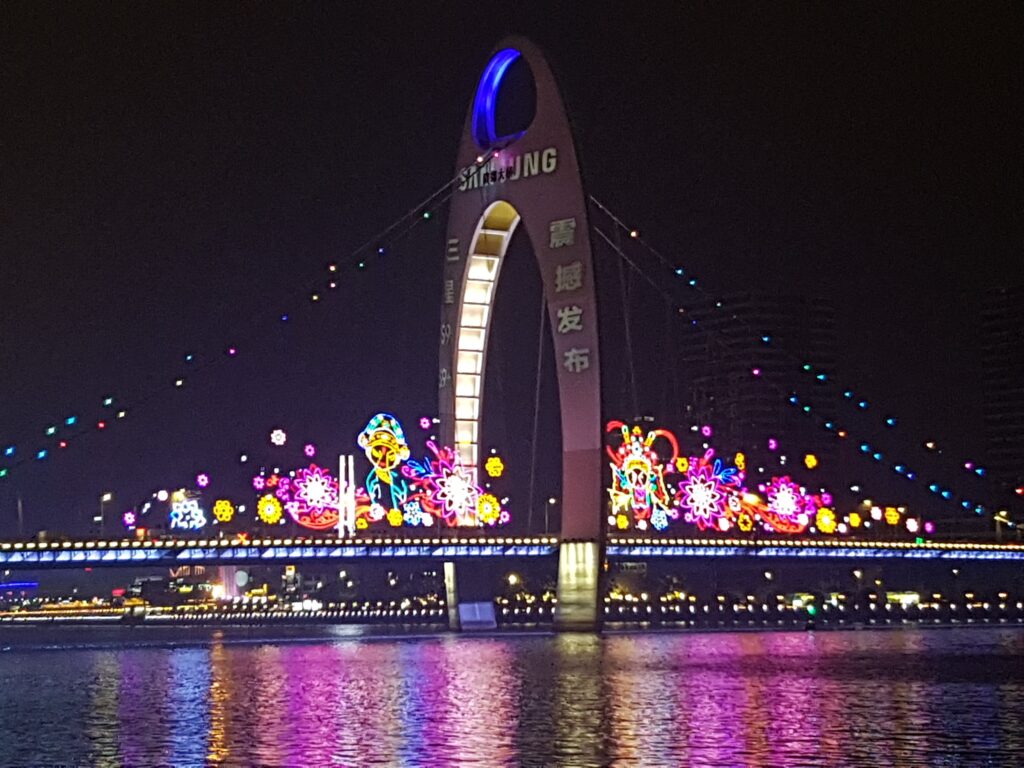 It is a well-known fact that the digital arena is continually advancing with new and exciting products emerging and developing all the time. As a supplier, we want to stay ahead of the curve and provide our clients with the newest in digital media and displays.

Earlier this month, two of our Fireworks team members travelled to China on a quest to source the latest in LED Technology and Signage. I met up with our Technical Services Manager, Andy for an interview to discuss the trip and all things food, culture and of course, technology!

K: Welcome back! I’ve seen some of the photos already and can’t wait to know more. How was it!?

A: It was such a great trip overall. Really good to experience a completely different culture and see some unbelievable forms of signage and displays.

K: Walking into the exhibition, what grabbed your attention first?
A: I didn’t know where to look! As I walked in, my eyes were immediately draw to a massive 2.5-metre-tall and 5-metre-wide LED tunnel with an LED floor display. You were surrounded by LED displays everywhere you looked. The colours were bright and engaging and it took me quite some time to take it all in.

K: Comparing the cities, how far behind would you say Brisbane City is to Guangzhou, China in terms of LED technology?
A: They are on a completely different level! the technology is available and I would love to see Brisbane lit up in the same way. It would be a massive project for Brisbane.

K: What was your favourite LED Screen?
A: Hard to choose just one but I’d have to choose the display they called it “the mask’ and it really speaks for itself. It was made from all different shaped LED screens to create a 3D mask. I’ve never seen like that before.

K: What was your favourite food and where was it at?
A: It was very hard to find an explanation of what was being served in different restaurants. A lot of the time we had to choose what we wanted from pictures. Saying this, my favourite meal was the pork knuckle at 1920 Restaurant and Bar.

K: Heard you went bar hoping as well. What was your favourite spot?
A: I’d pick ‘Beer Box’ – A hidden bar with beers from all over the world and a sneaky whisky. Great little spot.

K: Which product would you like to see operating in Australia most and why?
A: Something that would be interesting would be a digital screen with a camera that displays an image of you and places items of clothing on you. You use hand gestures to change to the next option of clothing. This wasn’t 100% refined but I can see the technology getting there in the near future.

K: Top 3 products and why?
A: It’s hard to pick because they can all be used so differently but I’ll give you my top three:

1. Translucent Digital Display – I don’t think the photos or the videos really do this product justice but in the video, you can see a fish and a coke can display over a vending machine. So visually engaging and you can virtually display anything!

2. The P 1.2 Indoor LED Display – This screen was produced 4K Video – super high quality and such a crisp image display.

3. The double sided curved OLED TV – It is next level in screen displays. I believe we will be showcasing this product soon.

K: What was the biggest challenge you faced while you were there?

K: Highest point of the trip?
A: Probably the business class high speed train outside of the LED and Digital Technology. That was pretty great! From Shenzhen to Guangzhou at 300km p/h.

A: Without a doubt, the language barrier.

K: So would you go back again?
A: For sure! Next year, I will make sure it happens!

There you have it! All in all, the China trip was a massive success that brought forth great products and new exciting ideas for our team to try. We can’t wait to showcase these new products to our clients and start creating engaging displays that can compete with some of the world’s most impressive and forward thinking displays.